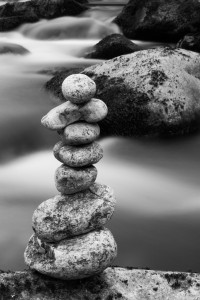 There has long been a debate over whether cold or hot hydrotherapy is best for rejuvenating stressed or painful muscles.The answer to that debate — coming from a fairly recent study in therapeutic treatments — strongly suggests the consensus is in behalf of hot water therapy.

For details on what experts are finding, we at Best Hot Tubs are curating below a blog published by Aqua Magazine. It covers information originally published in the New York Times.

So, as spring approaches (believe it or not, it is coming), and you’re getting ready your running shoes — or perhaps getting ready to go back to the gym — you’ll want to make note of the best treatment for any sore muscles.

We’re also including a great testimonial video from a Bullfrog Spas purchaser at the end. 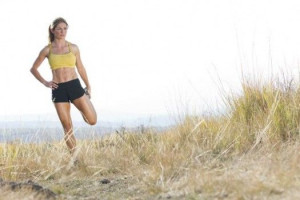 Sometimes the world brings you a gift. For those of us who advocate hot water wellness, the New York Times gave us an early Christmas present on November 1. In a wonderful article titled “Running a Marathon? Think Hot Tub, Not Ice Bath, Afterward,” the Times describes a recent study at the Karolinska Institute in Sweden that looked into the question of which is better for muscle recuperation after strenuous exercise: icing or hot water immersion?

Researchers had test subjects perform strenuous arm exercises and then compared how well their muscles performed after being iced and then heated. The tests showed conclusively that all of those tested regained muscle strength and endurance far more quickly using heat rather than cold, reporting that “power output” was “markedly better.”

The research further revealed that the suspected reason for the difference was that muscle fibers that are warmed absorb more glycogen, the basic carbohydrate used by muscle tissue, following a work out. According to the Times, the lesson of these findings, published in the Journal of Physiology, seems to be that “warming muscles probably aids in recovery by augmenting the muscles’ uptake of carbohydrates,” says Arthur Cheng, a researcher at the Karolinska Institute, who led the study. The study may not permanently put to rest the question of what’s better for tired muscles, hot or cold, but it certainly strongly points to the notion that if you want to recover from a exercise, taking a soak in hot water might just be the right call. 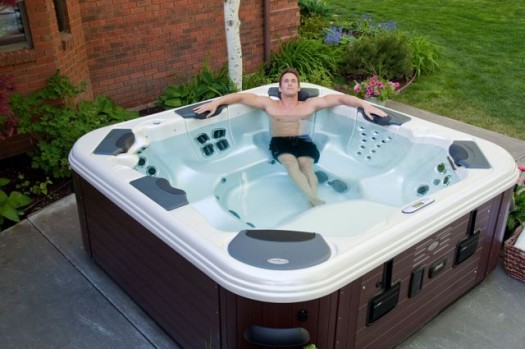 The following video showcases the benefits of a Strong Spa including its hydro-therapeutic sessions. We can assure you that our Strong Spas, Aspen Spas, and Bullfrog Spas (limited availability of ), all offer wonderful hot water therapy.